Motorola’s new Moto 360 watches are sleeker, smarter, and more customizable than ever

Last year, Motorola released the first smartwatch that truly turned heads, the Moto 360. A round watch in a sea of squares, the 360 looked great and became the poster child for Android Wear. But it wasn’t without issues: namely its large size, disappointing battery life, and odd design details (such as those pesky internal strap mounts). Just about a year later, Motorola is taking the wraps off of its second-generation Moto 360. This time around, one size doesn’t fit all.
The new Moto 360 is actually three distinct smartwatches: a men’s version in two sizes, a women’s version, and a dedicated sport version, complete with on-board GPS and outdoor-readable display. Motorola is now calling its smartwatch offerings a “collection,” a term borrowed from the fashion world that feels apt here. Like the first Moto 360, buyers will be able to customize the appearance and finishes of their watches, and this year Motorola says it has over 300 possible combinations of looks with bands, colors, bezels, and sizes all in the mix.
The men’s and women’s Moto 360s are available for preorder from Motorola’s website starting today and will begin shipping in a couple of weeks, while the Moto 360 Sport will be available later this year. Pricing for the new Moto 360s ranges from $299.99 to $429.99, a premium over last year’s watch, and the company isn’t yet saying how much the Moto 360 Sport will cost.

For the men’s and women’s 360s, Motorola is still using a round watch design, though it’s made some small, yet significant changes. The men’s version comes in 46mm (same size as last year) and 42mm versions, while the women’s version is available with a 42mm face and narrower, 16mm strap mounts. The strap mounts on both versions are now standard lugs fused to the outside of the watches, which make it easier to swap bands and give the watches a more traditional and flattering look. (Motorola’s bands also include quick release pins, even in the metal link bracelets, for quick strap changes.) The smaller size versions should make the new Moto 360 more appealing to those that were put off by the rather large size of the original.

Other details include a slight repositioning of the button to the 2 o’clock position and the ability to customize the finish of the small bezel that surrounds the display. The men’s version will be available in silver, gold, and black, while the women’s version can be optioned with silver, gold, or a new rose gold color. The women’s version is also available with a few new strap options, including a leather double wrap.
Motorola has kept the overall shape of the display the same, including the “flat tire” at the 6 o’clock position. The company insists that this design allows it to have the highest screen-to-case ratio of any smartwatch, and customer research showed that most buyers do not find it to be an issue. (The flat spot is also where Motorola puts the ambient light sensor that enables automatic brightness adjustments, something that many other smartwatches do not offer.) The display itself is slightly higher in resolution than last year, but it’s still an LCD and not the OLED of other watches. It’s improved, but still doesn’t look as nice as the screens on the Apple Watch or LG Watch Urbane.

The new Moto 360s also have upgraded internals, such as a Qualcomm Snapdragon 400 processor. Performance and battery life should be improved thanks to the new chip, and Motorola says the 46mm watch will last up to two days between charges, while the 42mm watch will be able to last about a day and a half. That’s about double what we’ve seen with the first-generation Moto 360. Charging is still done through a wireless dock, which comes with the purchase of the watch.

The Moto 360 Sport is unique from the other versions in that it has a fixed silicone strap and special LCD display that can be read in direct sunlight. It’s based on the 42mm size watch, though it’s chunkier than the standard model. The Sport can track distance and map runs with its dedicated GPS chip.
For software, the watches are running the latest version of Android Wear, and they are compatible with both iOS and Android. Motorola is including a couple of new watch faces that have “Live Dials,” which are the company’s version of interactive complications. The dials can be set to display weather conditions (with more info available with a tap), step count, battery levels, or app shortcuts. At launch, Live Dials can be set to open Shazam, Kevo, IFTTT, and the Ford app, and Motorola says it’s making it possible for other developers to create Live Dials, as well.

Motorola Moto 360 Sport
Motorola’s first Android Wear effort was a step ahead of the rest of the field, but not without its problems. This year, Motorola has focused on addressing those specific problems, and if things like battery life and performance pan out the way Motorola says they will, it should be a much better device than before. The added ability to customize not only the color of the watch but also the size should make the new models appeal to many more people. The fact that they’ll also work with the iPhone now will obviously help there, too.
Motorola has much stiffer competition this go around
But in the intervening time since Motorola launched its last watch, the smartwatch world has changed dramatically, with Apple entering the fray and many other companies stepping up their game. Samsung is expected to announced a wholly new Gear smartwatch soon that uses a lot of the design concepts set forth by the 360 (as in, it’s round). It remains to be seen whether or not Motorola’s focus on personalization and customizability will make the new 360 a winner in the still nascent smartwatch market, but we’re definitely eager to spend more time with this one.
Hint: Use the ‘s’ and ‘d’ keys to navigate 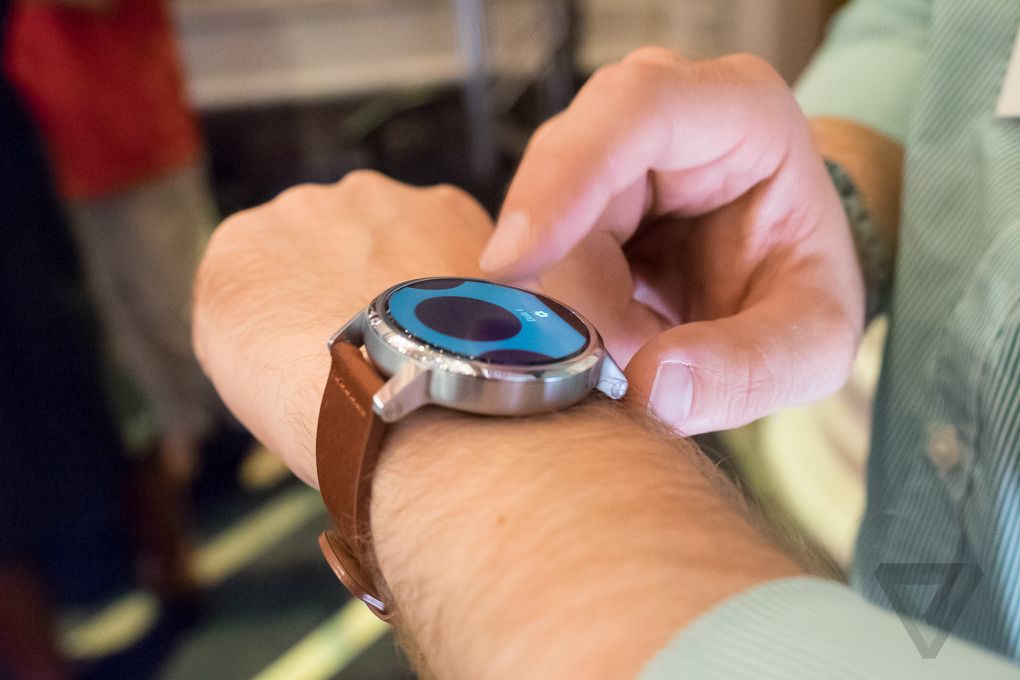 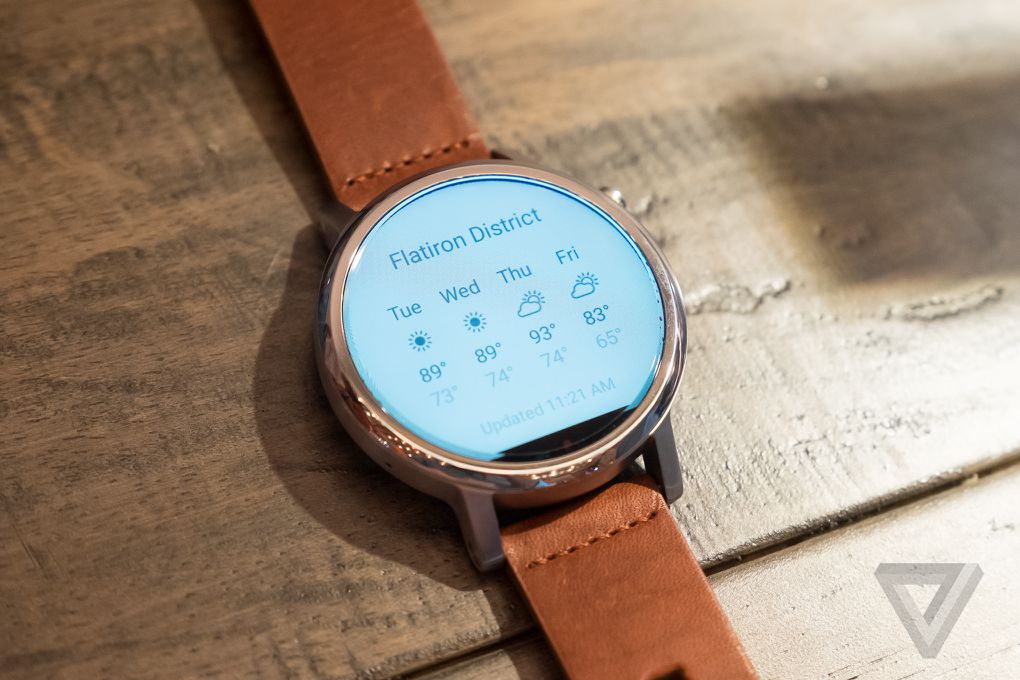 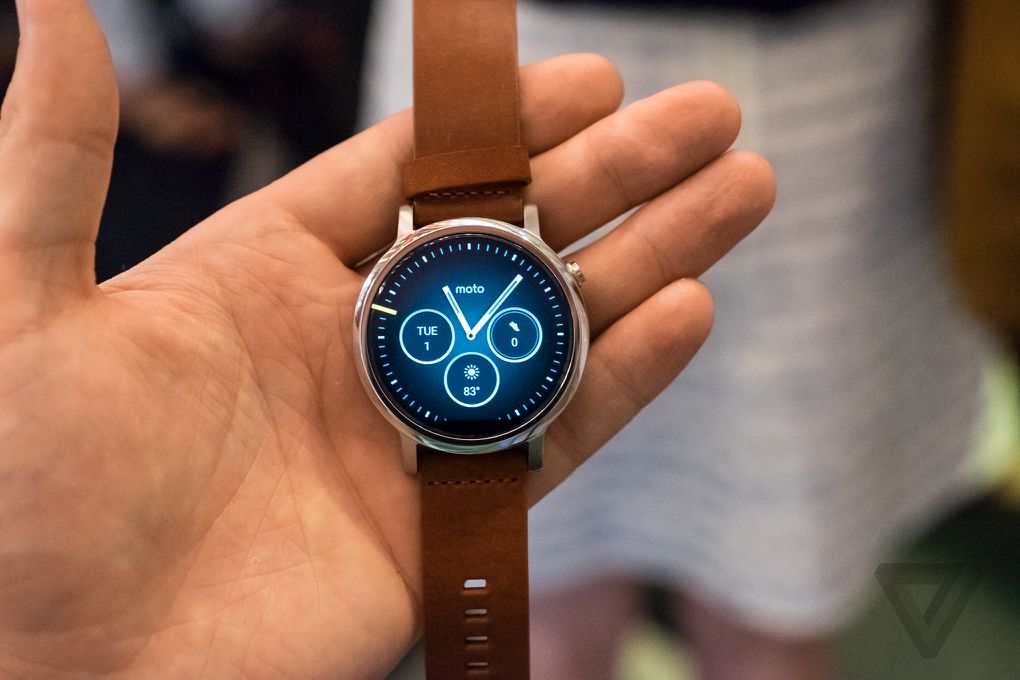 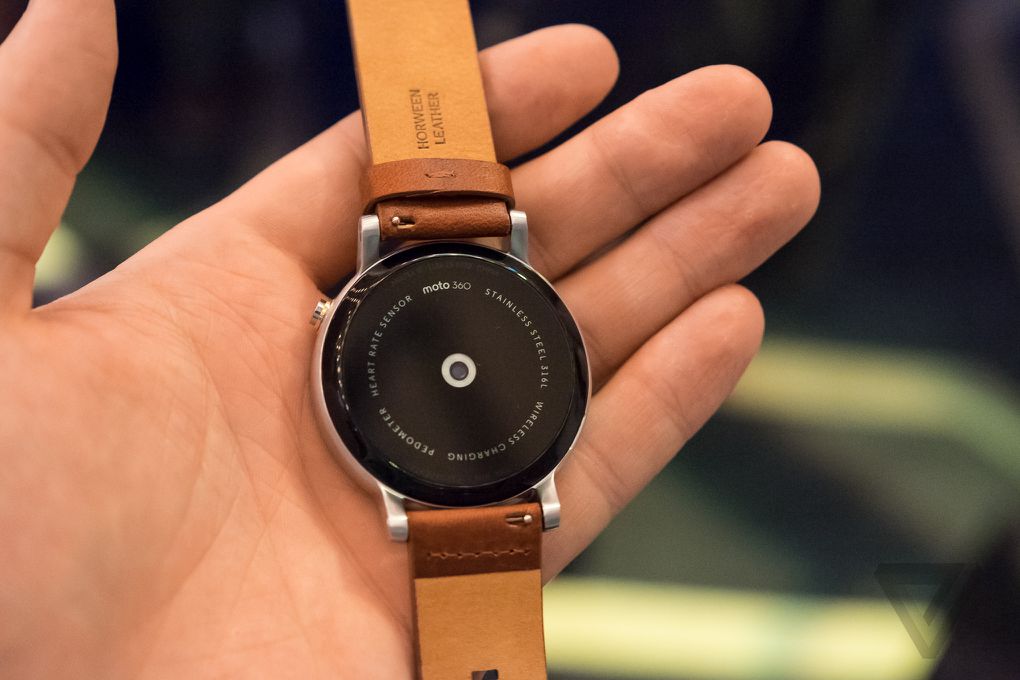 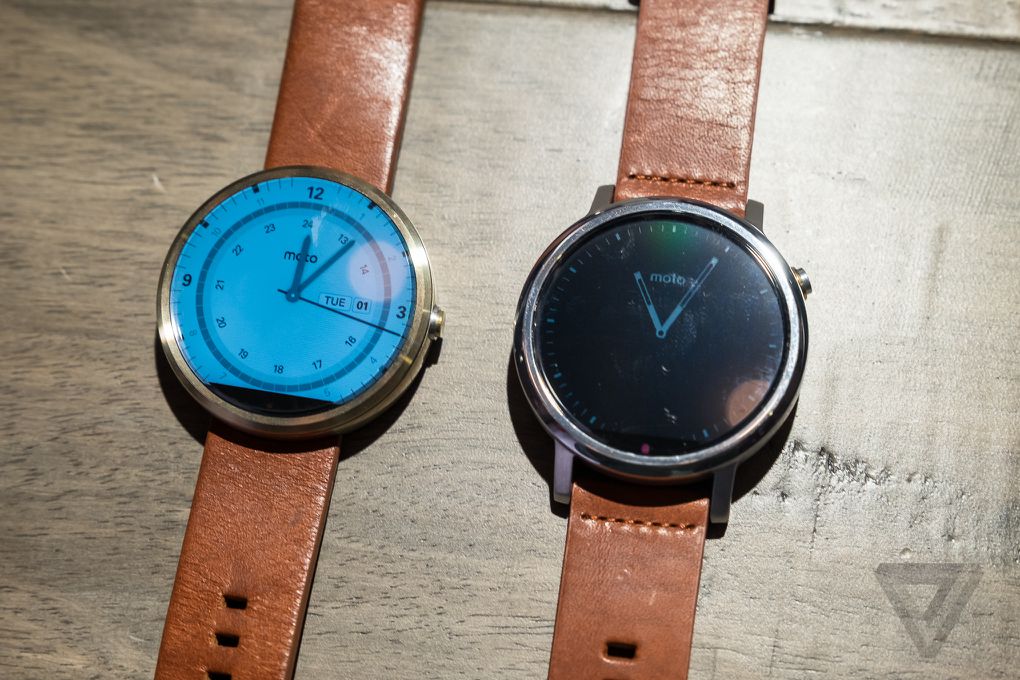 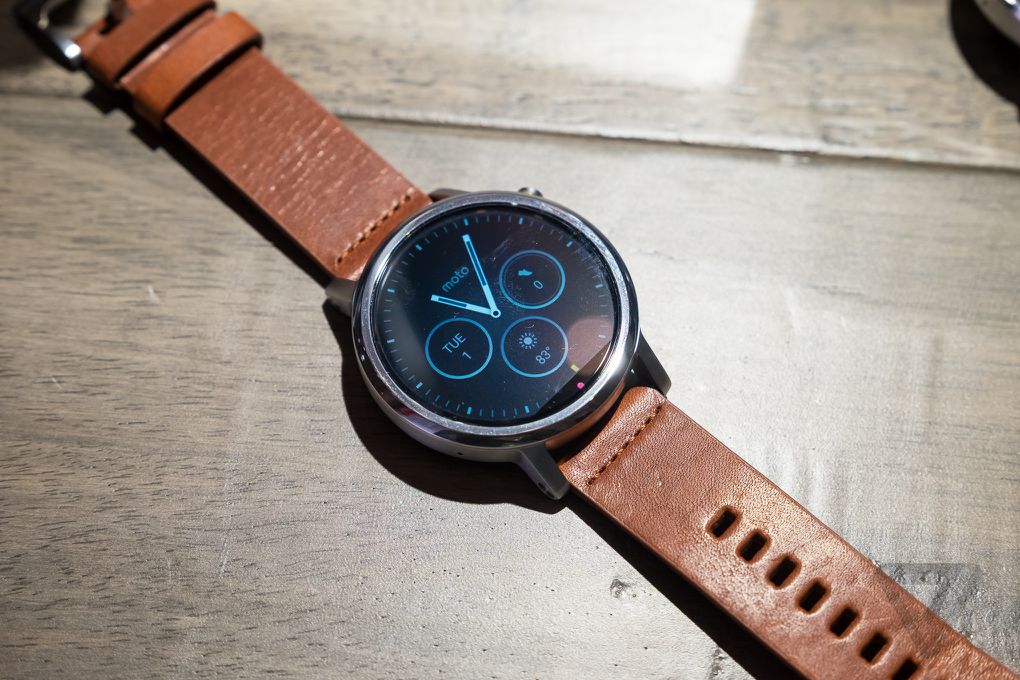 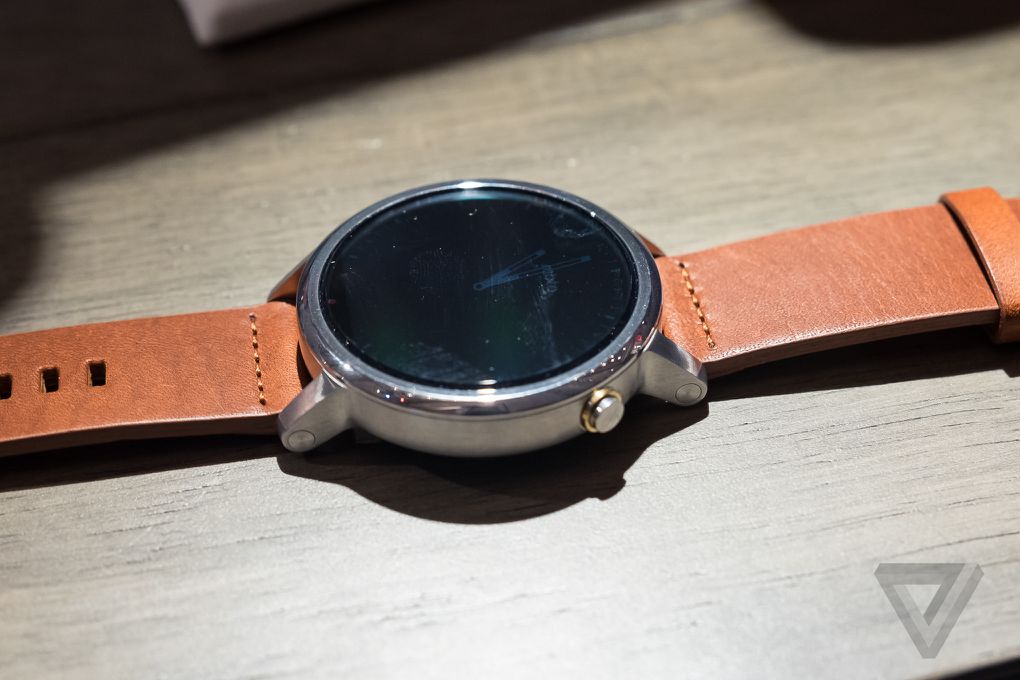 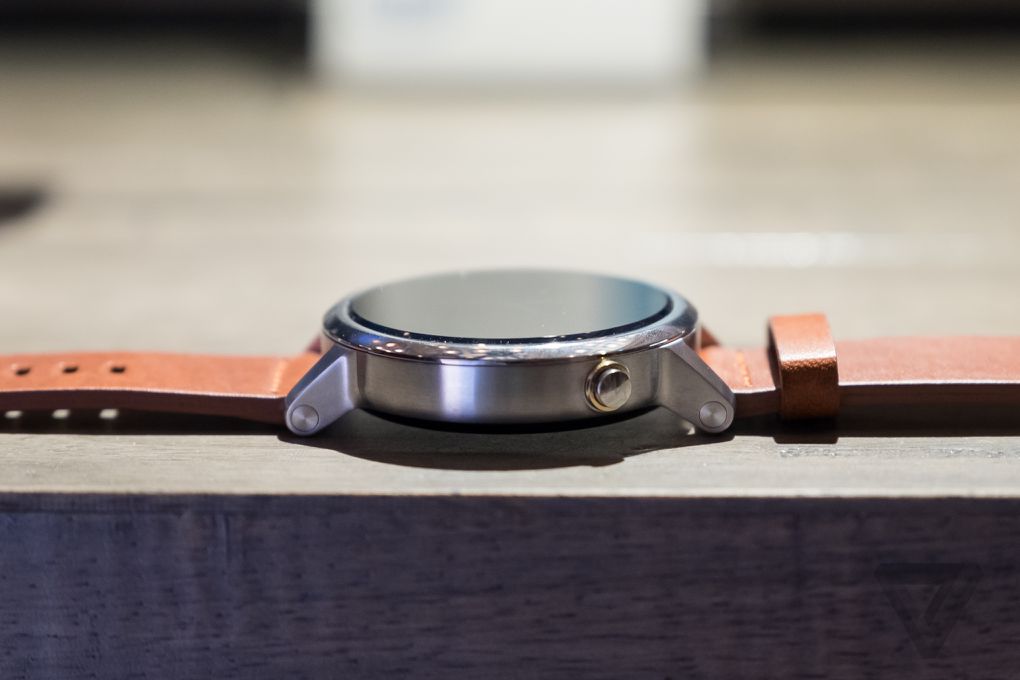 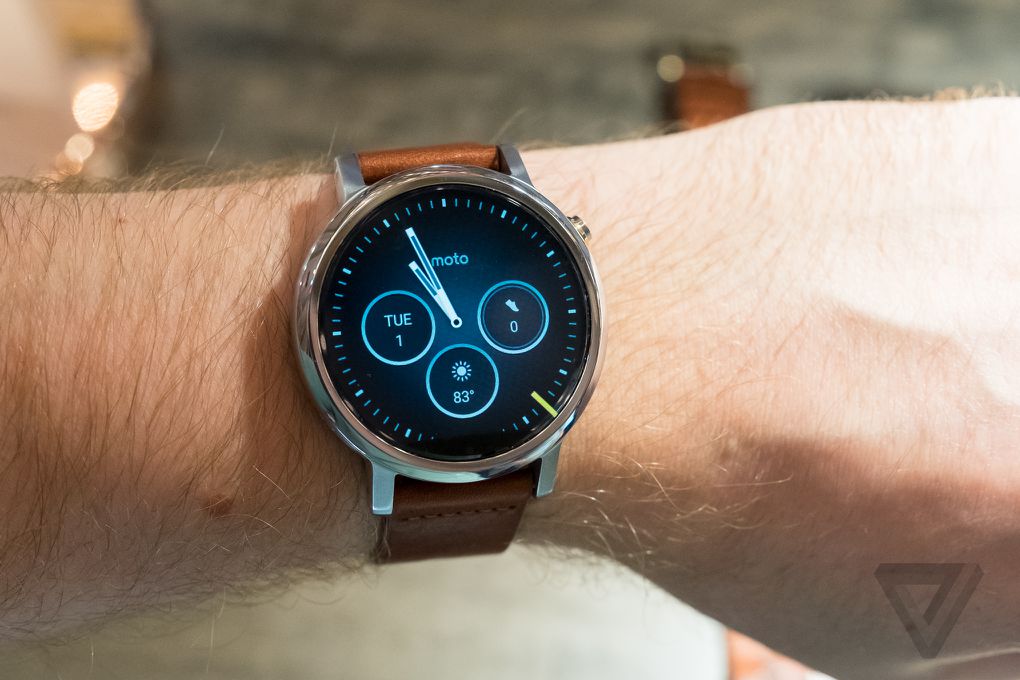 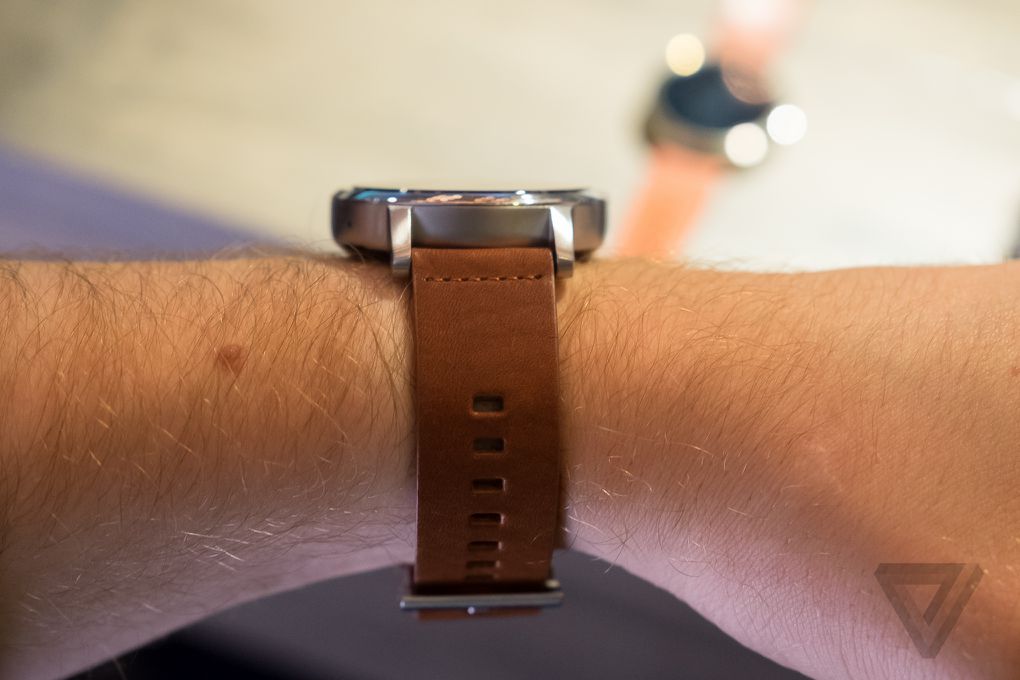 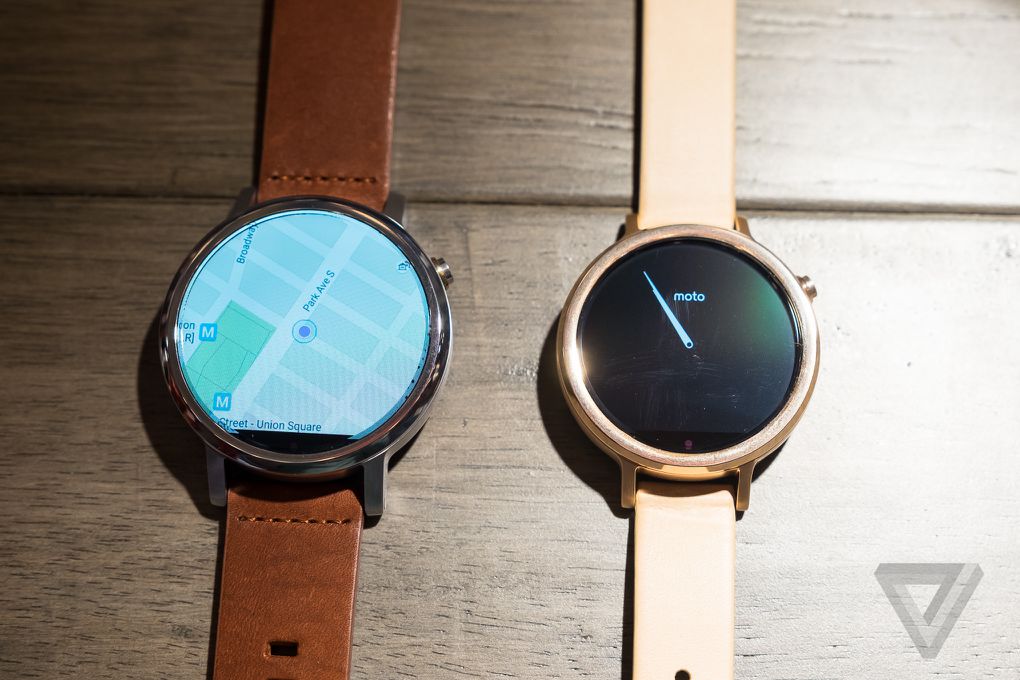 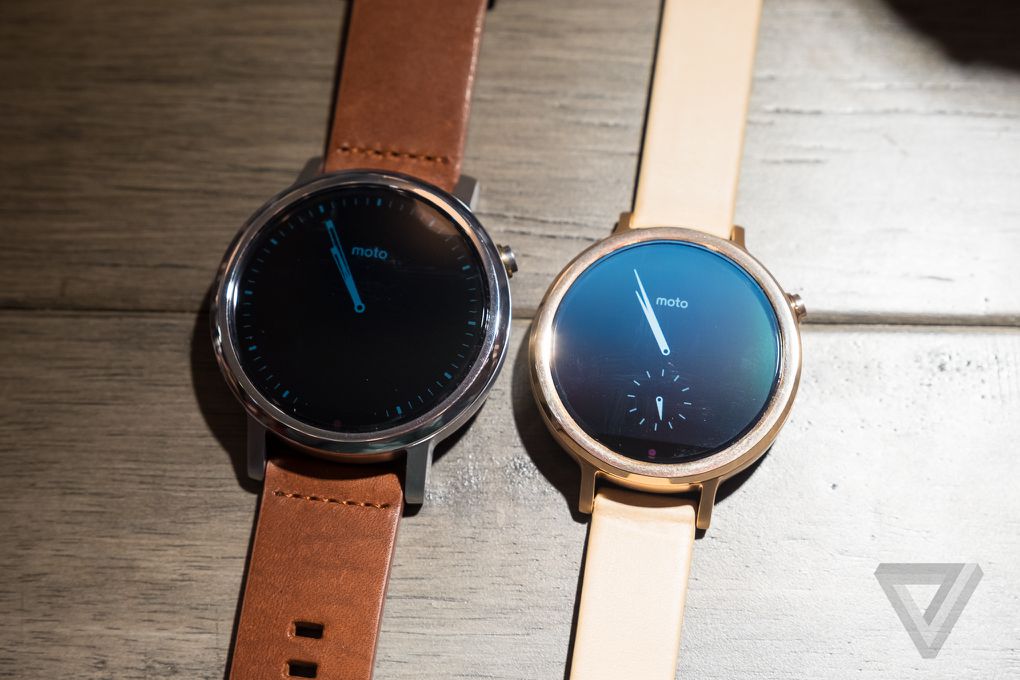 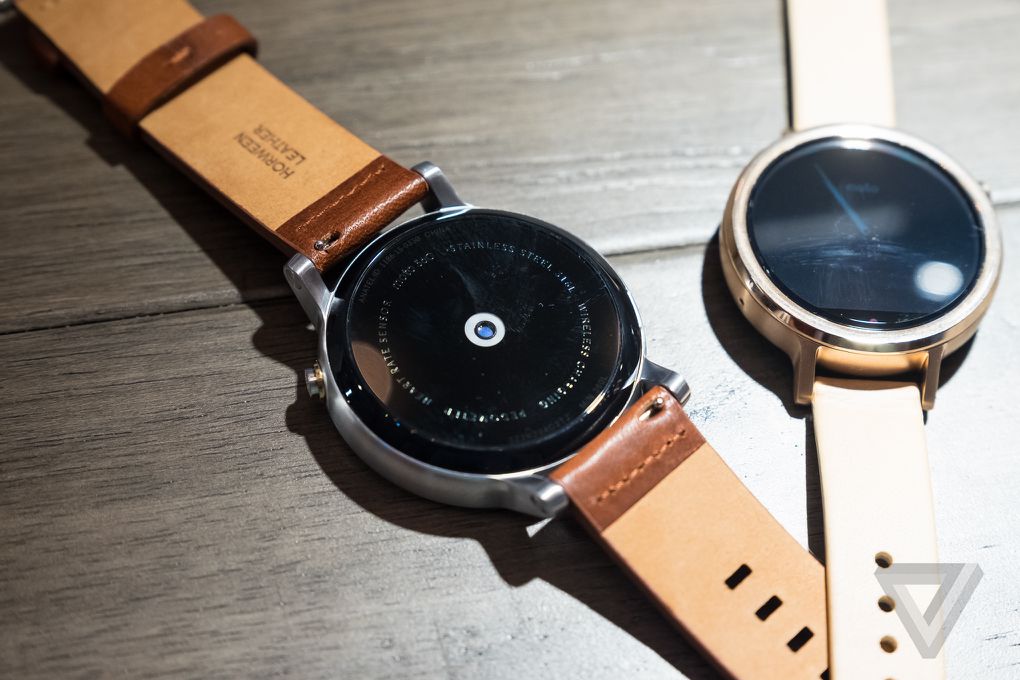 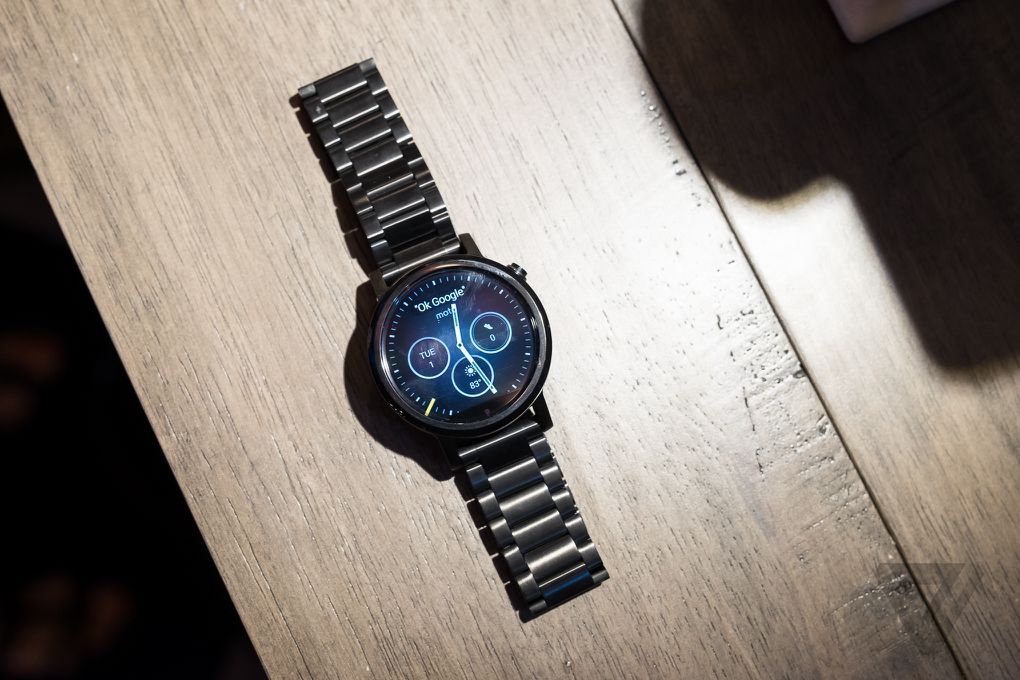 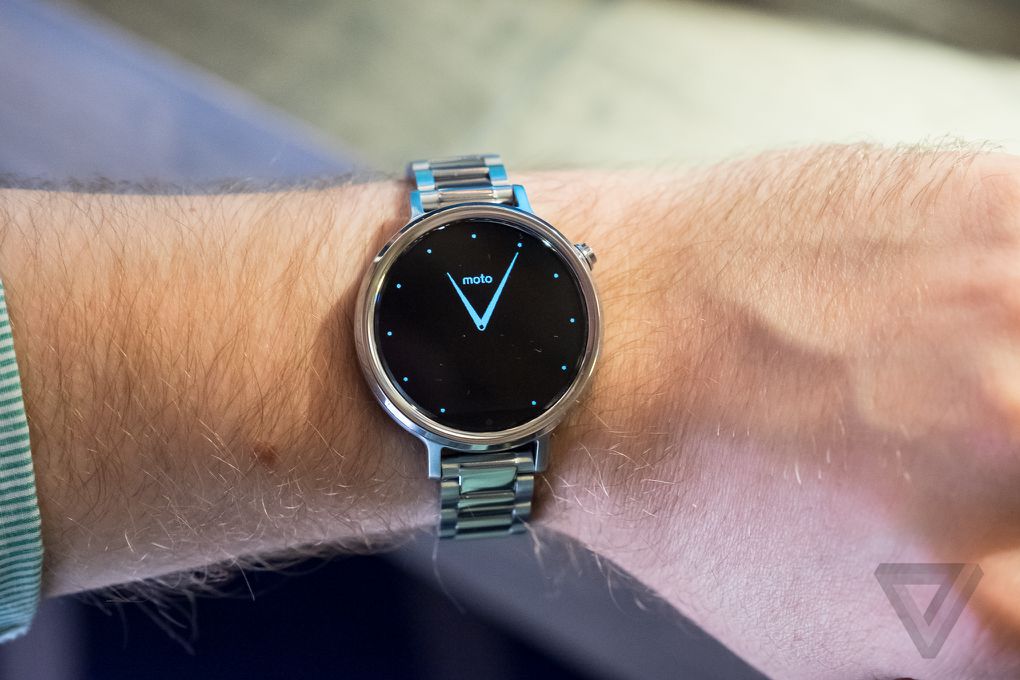 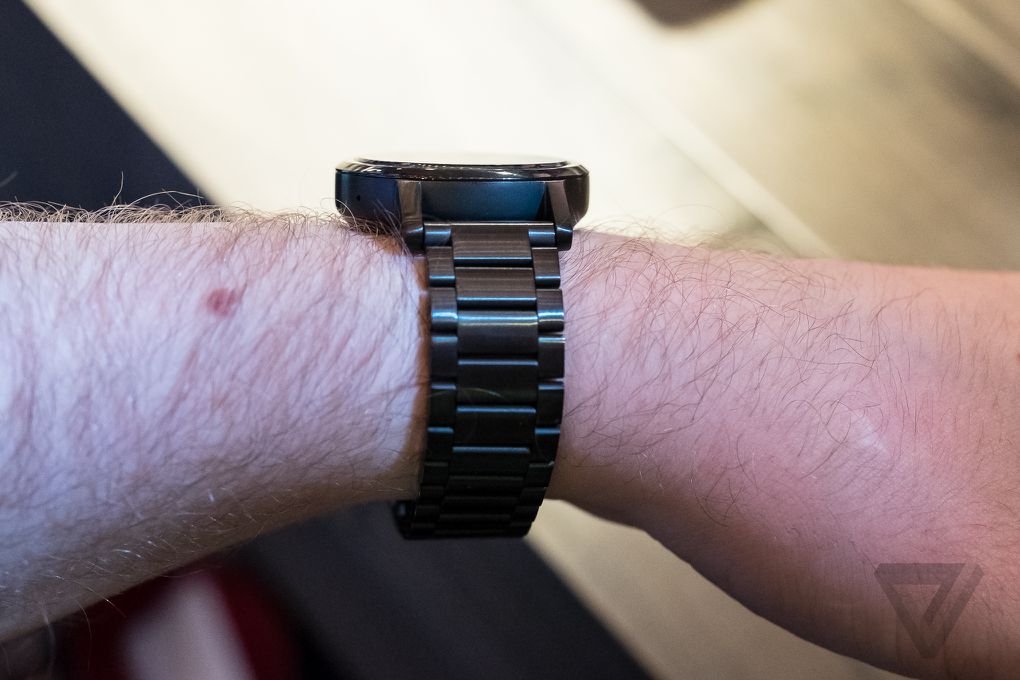 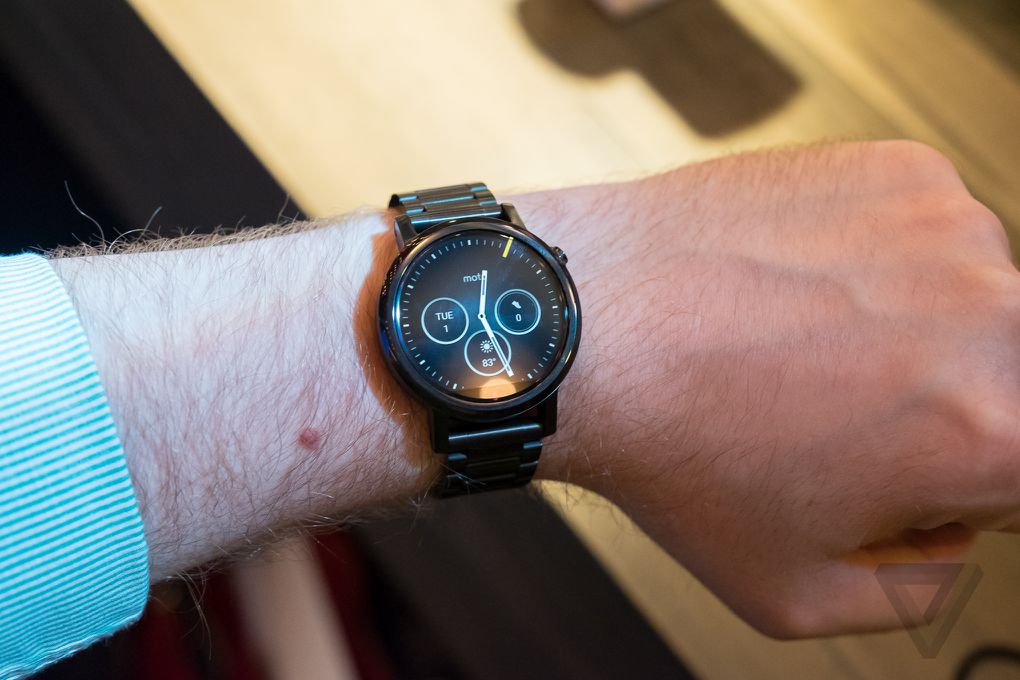 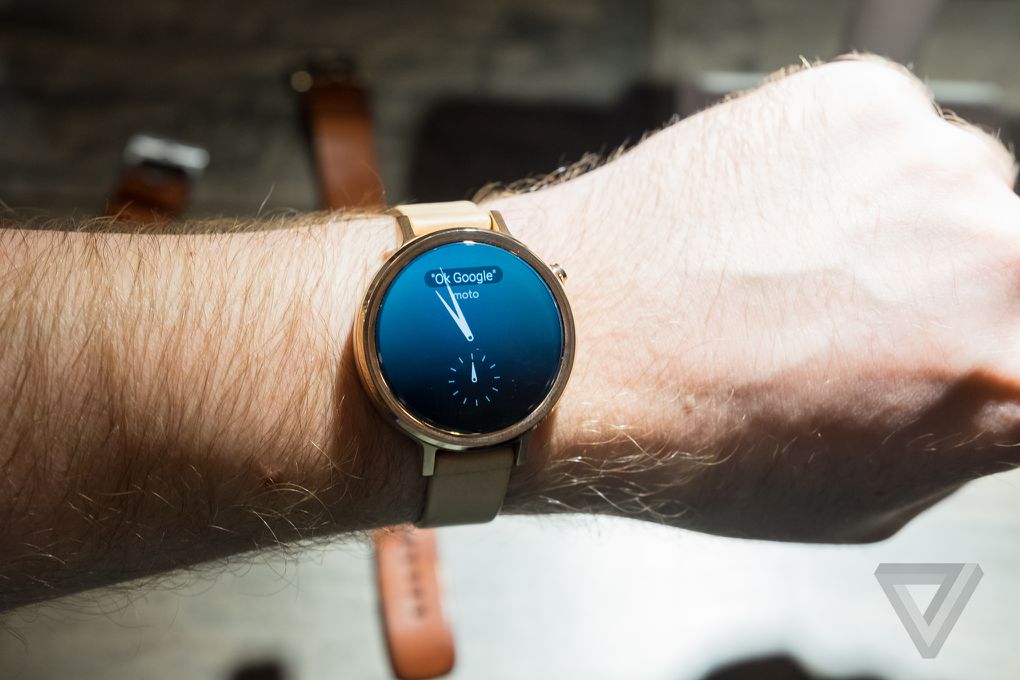 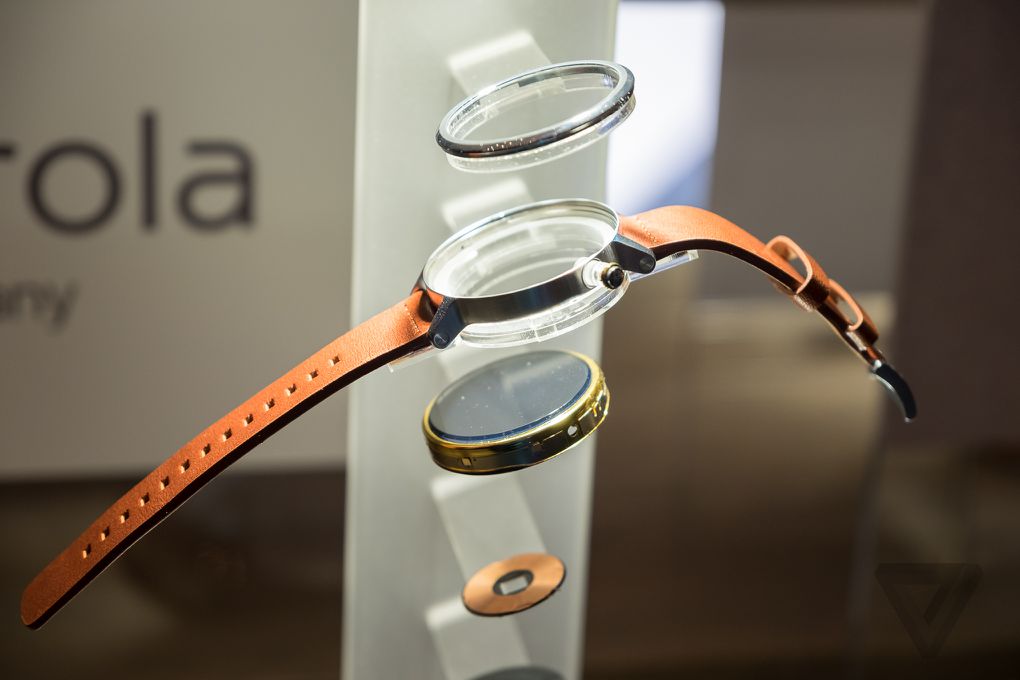 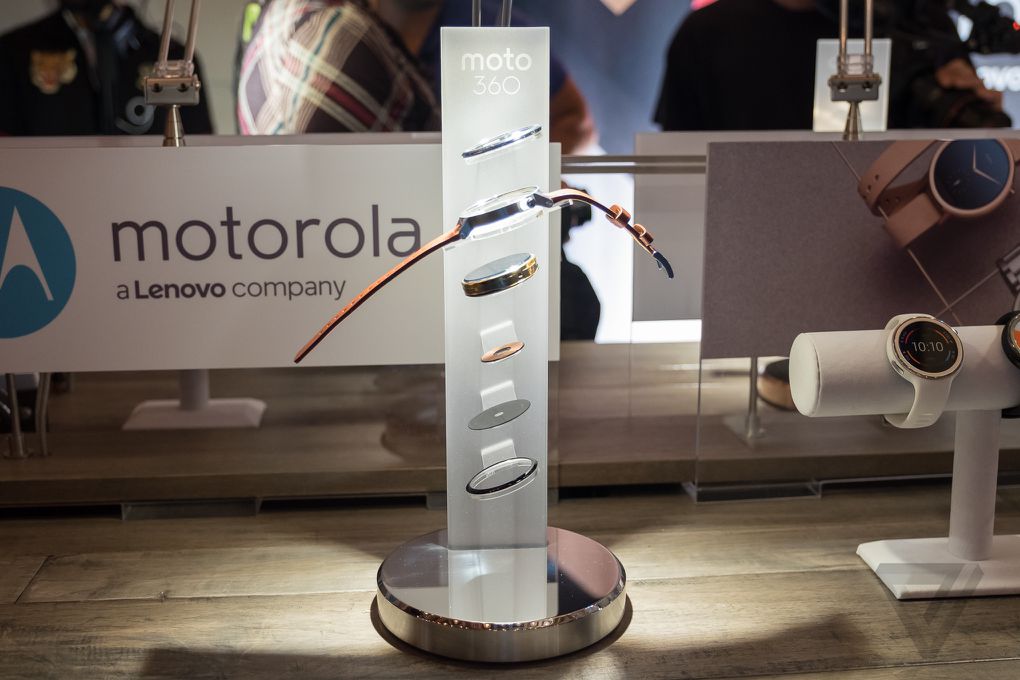 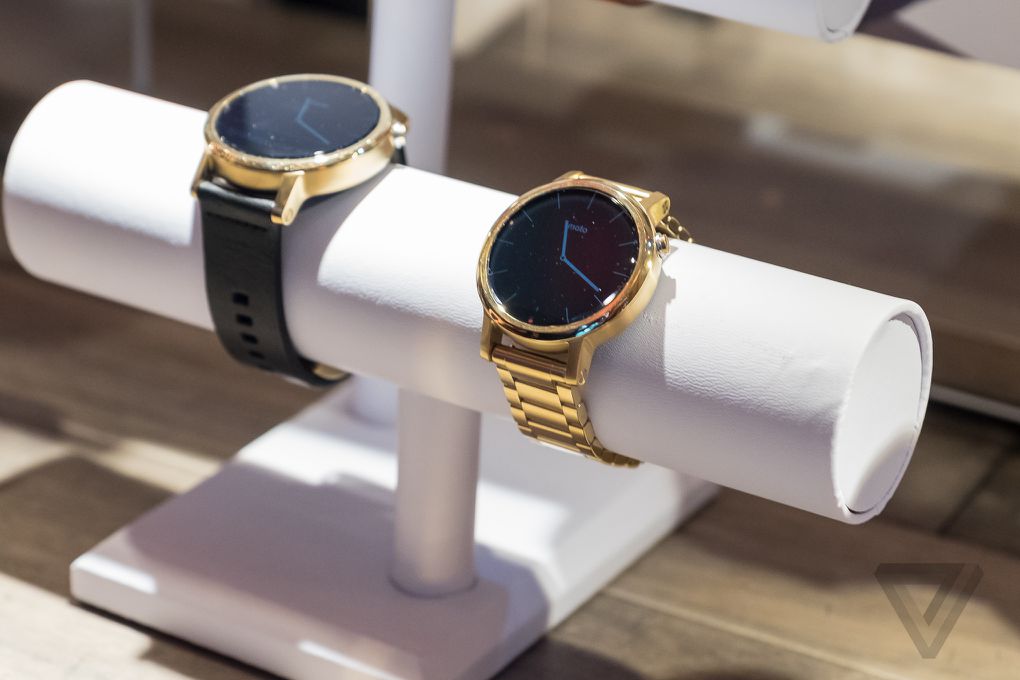 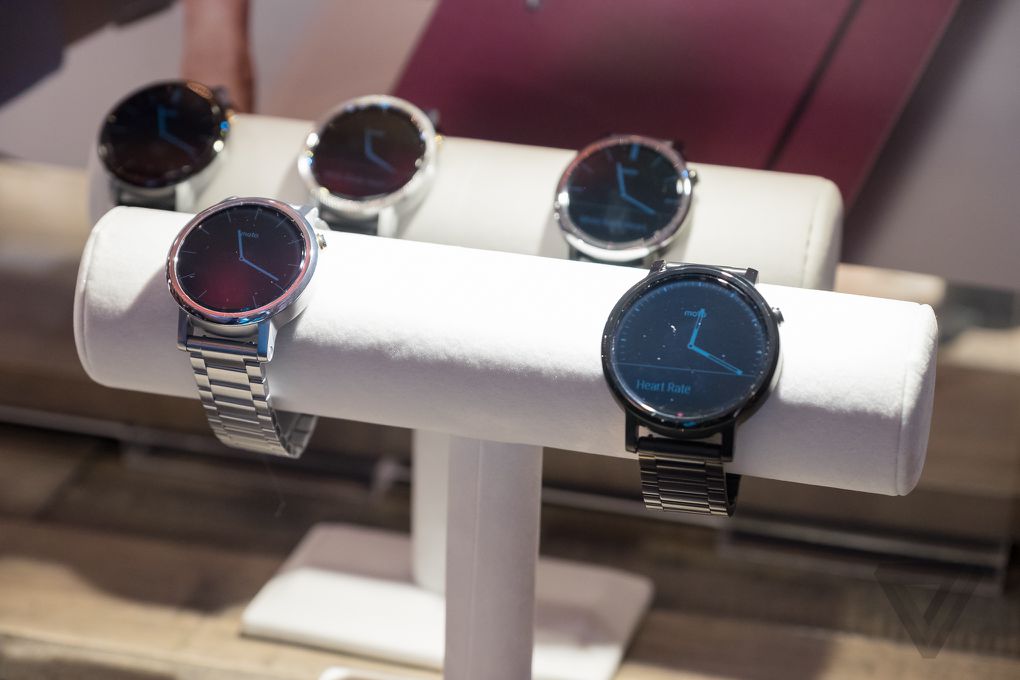 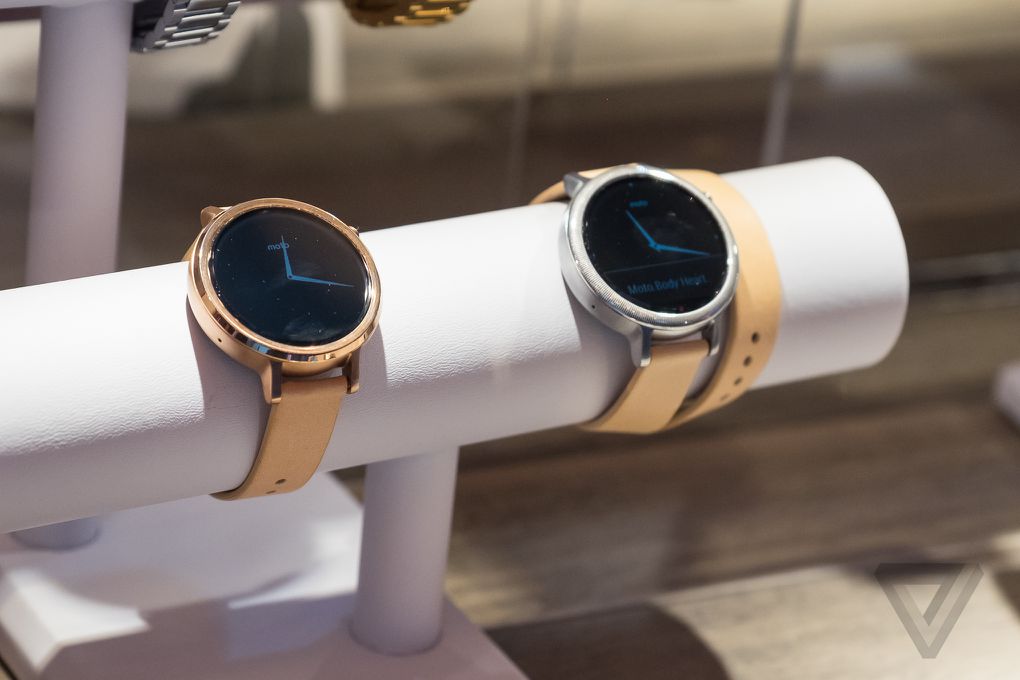 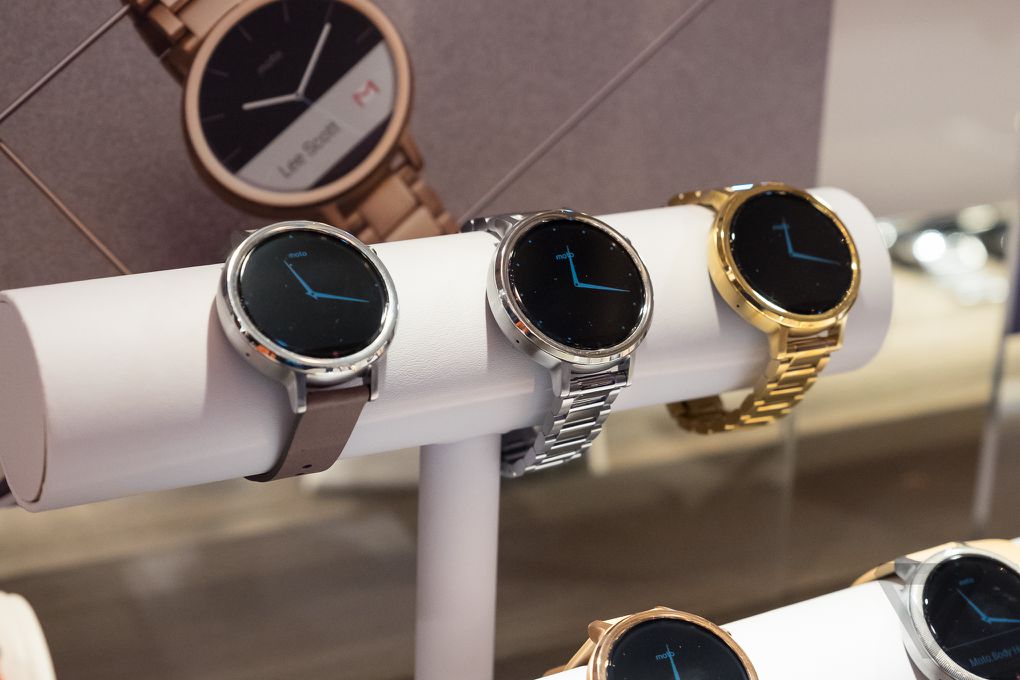 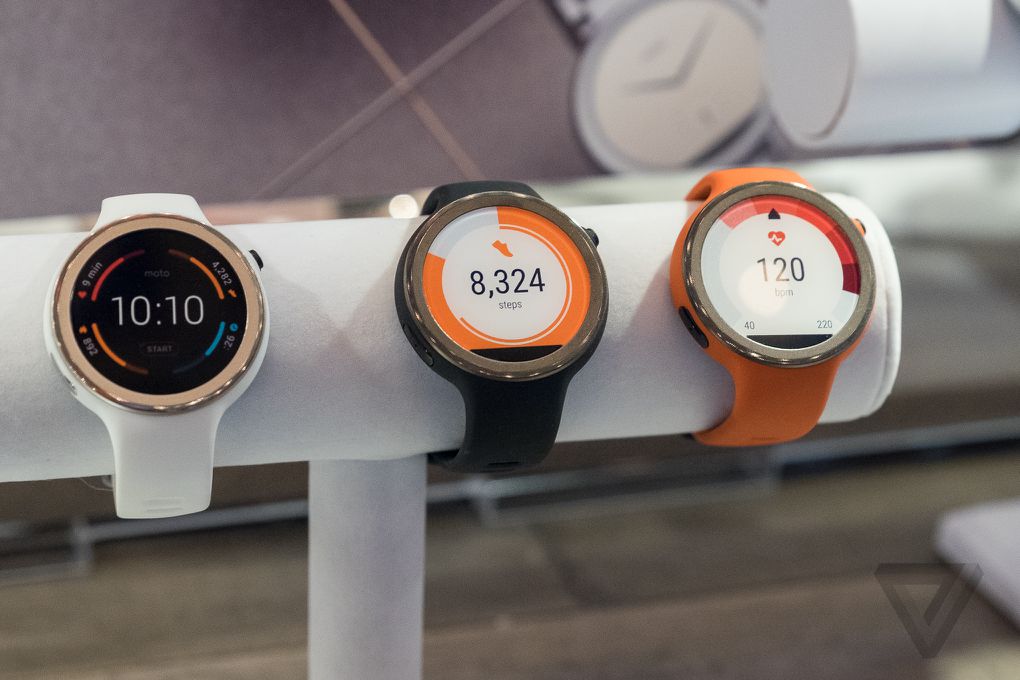