5 Lessons From People Who Retired at 40 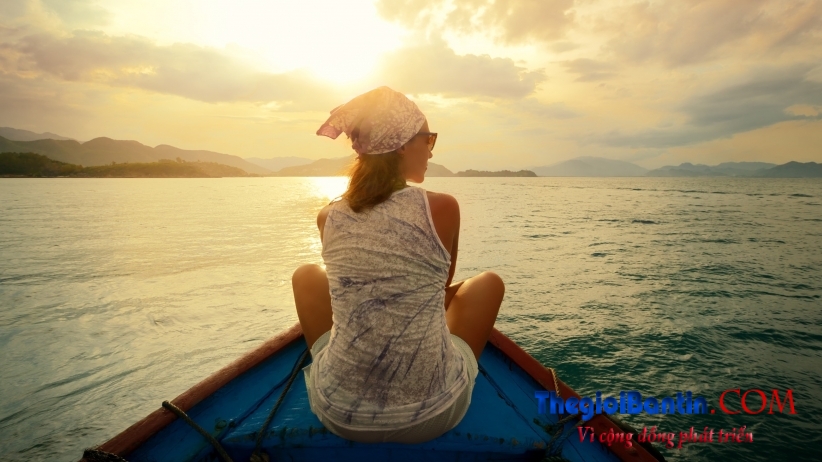 Most people believe that retiring by 40 is something achieved only by lottery winners, celebrities, trust-fund babies and tech tycoons.

But there is a growing movement of young retirees who are smashing our conventional beliefs about what it really takes to retire early. They’re not born rich, they’re not lottery winners and they’re not Silicon Valley insiders.

They come from all walks of life. Some had high-paying careers in finance or engineering, while others were schoolteachers or writers. Some were entrepreneurs, while others worked 9-5 jobs.

Still, those in the early-retirement movement do share one common trait: They typically adopt a contrarian mindset that produces a fascinating lifestyle, spending, and retirement planning insights. Here are five lessons from the lives of early retirees that we can all apply.

1. They understand the math of financial independence.

The problem with these numbers is that they don’t account for the spending side of the retirement equation. Young retirees have discovered that the magic number is not income, it’s actually their savings rate as a percentage of their take-home pay. When we keep that in mind, early retirement suddenly looks a lot more attainable.

A higher income certainly makes it easier to save a large percentage of your take-home pay, but maximizing the savings percentage is the key to early retirement math.

2. They spend less, but are just as happy.

Young retirees spend well below their means. While it may not be surprising that big savers manage to retire early, it’s worth noting that many early retirees don’t view spending less money as a sacrifice at all. In fact, many have developed a mindset that is perfectly content (even proud) of minimizing their consumption.

“Whenever we consider buying stuff, we’re usually fixated on price, but what we’re really after is how much joy this new thing will bring us,” explains J. Money from BudgetsAreSexy.com. “I’m just as happy drinking beer at home as I am at a bar . . . I’m just as happy eating pb&j as I am hitting a new restaurant.

“Does that mean I don’t still eat out or buy new clothes or drink tasty beers for 10 times the price?” J. Money continues. “Heck no — I love doing those things, too! However, when comparing ‘happiness levels’ only, they’re not that far apart. If at all. So, I do more of the free/cheap stuff and continue having a sweet quality of life.”

3. They invest early and over decades, not years.

Young retirees don’t have access to any investing secrets. Instead of trying to beat the market, they keep it simple. Many use indexing and asset allocation as a steady, long-term investing game-plan that happens over decades, rather than months or years.

Early retirees also started investing earlier than their peers, giving compound interest extra time to work its magic. To illustrate the power of investing early, Jim Wang of WalletHacks points outthat, assuming a standard 7 percent return, someone who invested $100 a month from age 20 to 30 would still end up with more money than someone who invested $100 a month from ages 30 to 60.

Young retirees know to avoid investment vehicles loaded with high fees. “A lot of people know they need to start investing, but they don’t really know how to get started,“ says Nate Tsang from the financial comparison site InvestmentZen.com. “As a result, they look to their bank for investing advice.

“The problem is that most banks promote actively managed funds that charge exorbitant fees, despite academic research showing that these funds consistently underperform the S&P 500.”

So what’s a cost-effective alternative? Robo-advisors are an emerging technology that use algorithms to build and manage investor portfolios, giving novice investors low-cost access to sophisticated investment management.

Tsang notes that although robo-advisors offer an easy, low-cost way to invest, they are not a one-size-fits-all solution. “Each robo-advisor has their own asset allocation methodology, different features and different fee structures,” says Tsang. “Make sure you pick one with the features you need at the right price. If you’re investing in taxable accounts for example, then tax-loss harvesting might be important to you.

“You also have to compare the fees and see how they might affect your returns. Using a robo advisor comparison tool can let you quickly identify the product best suited to meet your investing goals.”

But real-estate investing success isn’t as simple as buying a property and hoping it will appreciate in value. Investors must do significant due diligence and identify properties that meet the 1 percent rule of thumb, which states that in order to generate cash flow, an income property’s gross monthly rent must be at least 1 percent of its purchase price.

Income-producing websites are another alternative investment and have been growing in popularity among the early-retirement crowd. They can be acquired for a multiple of two to three times annual profit, which translates to a 33 percent to 50 percent annualized return.

While returns can be high, website acquisitions require more hands-on experience than traditional investments. Anyone looking to acquire a website is well advised to become educated on digital business models. He or she should also expect to spend many hours doing due diligence before finding a suitable business for sale at the right price.

Most people don’t believe that they can retire by 40, so they don’t even try. But perhaps the biggest lesson from the early-retirement movement is that in order to hit ambitious goals, one needs to build one’s lifestyle around them.

No one said, of course, that retiring by 40 is easy, but the early-retirement movement is showing that with the right strategy and mindset, it’s an attainable goal for many who choose to pursue it.

You have Successfully Subscribed!